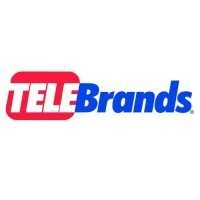 The slimming Slimming Device is the state-of-the-art Twin movement belt.  The belts dual-engine utilize the pulsating motion to remove the body’s excessive fats. The device utilizes standard chiropractic treatment which not only helps with embedded toning but also increases the body’s overall health by minimizing stress levels. The twin movement belt is the ideal lifestyle route! 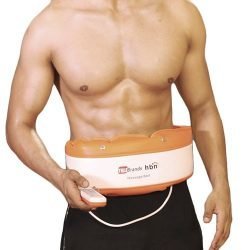 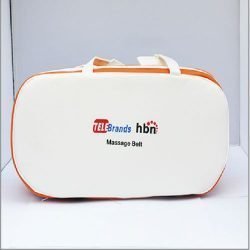 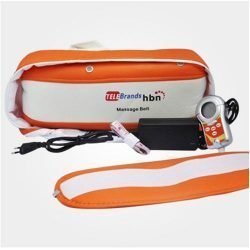 “It's fortunate for me that I've discovered my calling, something about which I'm extremely enthusiastic. When I see new things, I get excited. I get excited when I see what we create and broadcast on television and then see how viewers react to it. The secret to our performance is that everybody in this organisation is genuinely enthusiastic about what we do on a daily basis.” AJ Khubani, CEO and Founder of TeleBrands In 1983, AJ Khubani, a native of New Jersey, was fresh out of college (with a total of $20,000 raised doing several jobs through college), and he was adamant that he wanted to take on the Sony corporation. He advertised a $10 alternative to the notorious Walkman radio in the National Enquirer for $7,000 in the hopes of making millions. Although breaking even on the commercial didn't exactly land him a mansion in the Hamptons, it did pique his interest in looking for more brands in the hopes of being a huge business star. After a few years of slow but steady development, 1987 will be the year that TeleBrands made a name for itself. The world was introduced to Ambervision Sunglasses when the company's first tv advert aired. Though the commercial was a hit, the orange-lens glasses took the brand to new heights when Herman's Sporting Goods in New York put them on their shelf in 1989. TeleBrands not only had their first million-dollar hit product, but they also took their direct TV marketing popularity to the retail world, resulting in record sales. Because of the success of their on-screen ads, Ambervision wanted packaging for their glasses, and a simple white package wasn't going to cut it on store shelves. After a few iterations of various design concepts, the world-famous As Seen On TV name and logo were born. Yes, TeleBrands are solely responsible for the multibillion-dollar supermarket category's naming. Thirty years have passed since that first tabloid ad hit the newsstands and one thing is for certain, AJ Khubani is indeed a massive business success. His company, TeleBrands, is without question the world’s leader in television infomercial marketing and their products have sold in the billions of dollars. The likes of famed pitchmen Billy Mays and Anthony Sullivan have been an important part of this journey, as are the members of the company’s management staff who have stayed along for the ride for these many years. Over these past three decades, TeleBrands has given the world some of the most exciting As Seen On TV devices and gadgets: OrGreenic Cookware, Stone Wave, Aluma Wallet, Windshield Wonder, Sticky Buddy, the Olde Brooklyn Lantern, Who Knew Books, and the Pocket Hose are just a few of the many hits in the company’s prestigious portfolio. One of the most popular all time products, the Ped Egg (for softening hard calloused feet) was created internally, and after some 50 million units sold to date, there’s just no stopping what this northern New Jersey company will come up with next. To further their amazing growth, TeleBrands has a never-ending open call to would-be inventors, or anyone with a great idea that just might change the world. A countless number of products are submitted for review yearly, while hundreds are chosen for infomercial testing. While it is only a small percentage that make the grade as a hit retail product, a number of inventors have struck it big as their product became yet another legendary TeleBrands success story. As TeleBrands celebrates its prestigious 30th anniversary in business, its products are now available in over 70 countries around the world. The growth potential seems almost limitless as everyday inventors continue to present their product ideas at a rapid pace. It’s a good thing that the young AJ Khubani found his calling some three decades ago. As the need to develop products that solve every day common problems continues onward, his passion for this business remains greater than ever. I think we can speak for everyone at TeleBrands by saying, but wait, there’s more – there’s a whole lot more to come.

There are no reviews yet.

No more offers for this product!